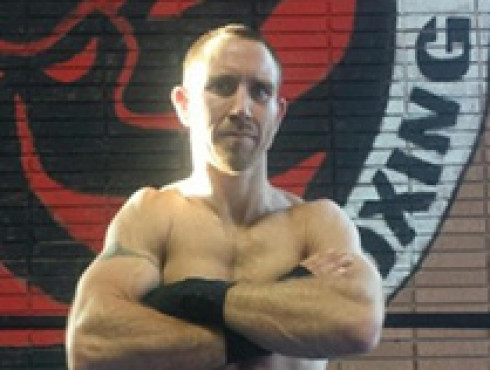 Jeff “Eagle Eyes” Perry is a well-known and seasoned Muay Thai fighter. He has trained and fought Thai boxing worldwide since 1996. He lived and trained in Thailand in 1999, where he earned the respect of the community and was the first foreigner to be allowed to compete in the Phuket National Stadium and to be treated as a native Thai boxer. He also fought on Phi-phi Island in southern Thailand.

Upon his return from Thailand, Perry went on to win several titles, including the Georgia State and Southeast Regional Champion for Muay Thai. He also won the IKF U.S. National Light Middle Weight Muay Thai Championship Belt in 2001 which propelled him into his professional fighting career that continued until 2006.

At the peak of his career, Jeff was ranked 7th in the world in the Light Middle Weight Division. His combined Muay Thai record is 18-2-4, with 14 wins by KO. He has also trained in Tae Kwon Do, Jiu-Jitsu, and American kickboxing and has worked with the Boys and Girls Clubs of America as an instructor. Now after taking a brief hiatus from Muay Thai, he is back and dedicated to the training of his students in the traditional combat art of Muay Thai Kickboxing at Team Octopus.