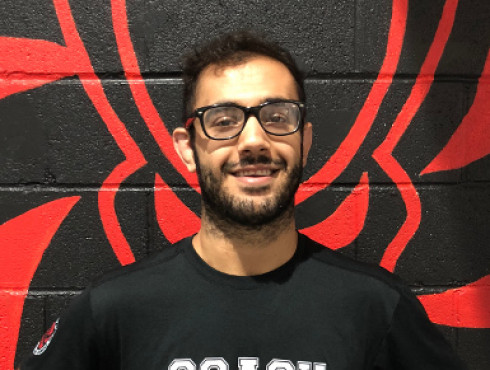 Coach Mohammad started martial arts when he was at the ripe age of 12. He first got his black belt in Karate under Master Koo in Cartersville.  He then progressed onto MMA and Brazilian Jiu-Jitsu once he was 15. At 16 he was entering grappling tournaments and consistently winning gold in the teens division. His time has now only been completely focused on Brazilian Jiu-Jitsu, usually training 2-3 times a day and 6 days a week.  6 years into Brazilian Jiu-Jitsu now Mohammad is a purple belt who has competed against and submitted multiple Brown belts in his career. Although he loves to compete, passing on his knowledge and experience to others is an absolute joy for him. His biggest goal in his Brazilian Jiu-Jitsu career is to become a highly decorated world class black belt and also make a positive impact in his student’s lives.