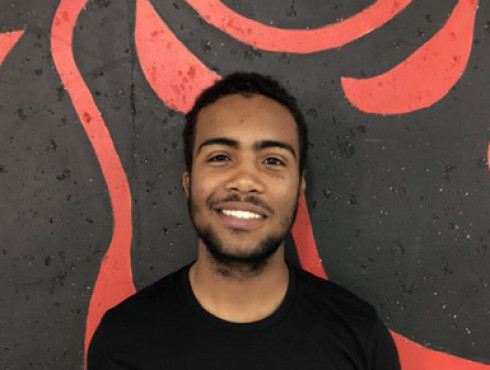 Jahmar Whitehead is one of Team Octopus newest coaches. He specializes in striking and wrestling. He has had a lot of experience in the field of mixed martial arts. He started Tae Kwon Do at the age of 4 and started competing soon thereafter. He received in black belt in 2013. Some of his Tae Kwon Do accomplishments include:

Jahmar started wrestling at the age of 14, when he began high school. He soon thereafter started training in the art of Muay Thai. His main coach, Gary Brown, has previously trained 17 worlds champions including, Duke and Rick Roufus. Jahmar currently is the Kids Brazilian Jiu Jitsu instructor, a personal trainer and kickboxing coach at the Team Octopus Sandy Spring location.

In his free time Jahmar currently competes in Muay Thai and Mixed Martial Arts. Some of his Muay Thai credentials include:

Jahmar’s main focus now is MMA and his record is 1-0 however, MMA will be his main focus moving forward. His most recent fight put him on the map for MMA with an 11 second KO at NFC 96.